2017 has been the hardest year of my life. It started with an overhang that had been building up in the final moments of 2016, which finally exploded in spectacular style. Most of why this year has been the hardest of my (comparatively easy) life so far is personal and involves others, so I won't go into much detail, but suffice it to say, it's been challenging.

Act 1: We are fragile

A family member had quite serious mental health challenges this year, which put a big strain on both themselves and the family as we tried to support them. Mental health is slowly becoming less taboo to talk about and gladly so, and being a little open about the challenges we've faced is my attempt to play my part in that.

I don't know how close to breaking point I was, but it's the closest I've come. When someone in your family goes through fundamental challenges that affects the core of how they think and act it puts a strain on all those close to them, those who love them and want to help, but are often unable to, at least in the quick fix manner we'd like. All we can do is walk alongside them, have patience and do our best.

When the storm was at its strongest, I had no choice but to take time out. I started a daily habit of meditation, deliberately taking time for myself to slow down, breathe and just be.

This, along with being brutally honest with two close friends, was the best thing I did. When things are tough it's super important to spread the weight as much as possible, and simply talking about the issues helps ease the pressure.

Alongside this, I found out I had a growth and would need surgery. Having never been knocked out before I was a pretty apprehensive. Would I wake up? What if something went wrong? Thankfully nothing did, and I can't speak highly enough of the surgeons, nurses and doctors who helped me this year.

Running alongside this were further serious issues that came out of the blue that aren't appropriate to go into here.

Three of the biggest challenges of my life hit all at once.

The year was so damn brutal, being attacked on every side at once, that in one sense I couldn't help but laugh and applaud 2017 for being so outrageously co-ordinated in its attack. 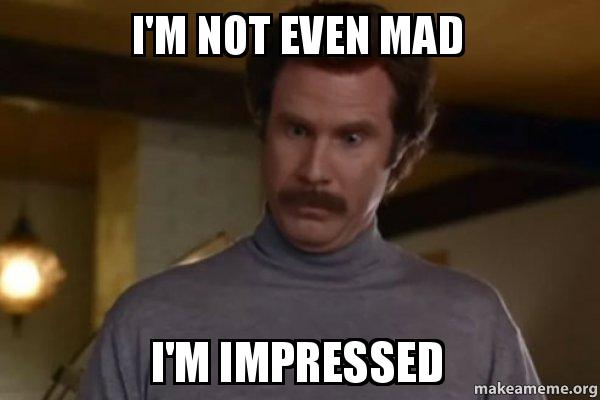 Despite all the challenges this year, we came through them as a family and the second half of the year I have been ridiculously blessed.

A goal I set at the start of the year was to visit a new continent. I've wanted to explore the world and have my eyes opened to new cultures for over 4 years. This year, after recovering from surgery, I finally got myself together and headed for Asia.

Honestly, I was quite apprehensive about travel. I'm naturally introverted and despite being far from socially awkward, I am more comfortable in the company of good friends or on my own, than chit chat with strangers.

I feared that travel, with the constant flow of new people, would be overwhelming, and that despite my dreams, I would in fact quickly realise it wasn't the idyllic picture I'd painted and I'd swiftly return to England and my comfort zone.

Thankfully I've thoroughly enjoyed it so far. Yes, there are challenges, there are things I miss, mainly having a group of friends I can "do life" with day to day, but setting off on my travels has been the best decision I've made in a long time.

What I've come to realise is that solo travel is actually easier for the introvert than the extrovert. As an introvert, you're largely self-sustaining. Everyone needs an element of community, but introverts need it less so than extroverts.

I've spent the vast majority of my time on my own, exploring cities by walking them whilst listening to an audio book. I've loved being able to set my own schedule, exploring when I'm up for it, resting when I'm not.

I've loved eating when I want, not when I traditionally should. At one stage I got into the habit of only eating one main meal a day at around 3:30-4:30pm. By this time restaurants are super quiet and there's no queue.

I've found the time to think and ponder really valuable. When you're on your own you have time to properly grapple with things. Travel has taught me a lot about myself, what I need and what I don't.

Ending the year at my sisters place in Australia has been perfect. It's been great to spend time with her and her family over Christmas and New Years. Everyone's family is different, but family is an important part of my life. I'm so blessed to have been able to spend the end of the year here making memories with those I love.

A big part of my life right now is working towards financial freedom, where our business supports both Mike and myself. We've made progress this year launching UserCompass and gaining our first couple of paying customers. Things have moved slower than I'd like though, which is partially due to the challenges at the start of the year, and the travels in the second half. Mike has also been working full time, which has slowed things quite a bit.

Mike has now left his full-time job and we'll both be focussing on the business this year. My challenge will be balancing a bit of client work to cover costs, some travel and the focus on our work. It's a good problem to have though.

Another area I've been experimenting with is daily tweetlogging, or twogging for short. I'm still not entirely sold on the idea, but hope that over time the thread will become an interesting insight into the day to day of building a business.

I achieved 2/3, but again neglected and procrastinated on sorting out my health. It was a high level goal that I never took seriously with day to day actions. This year I'm determined to do what I can to get my legs sorted.

Mike mentioned to me his desire to get running in 2018, and we've both decided to commit to running a 10k in 2018. 10,000 metres isn't far, but for two guys who have hardly ran the past 10 years, it's a goal that's hopefully achievable yet will still be a huge change for us. Whatever it takes, I need to get myself out there and redeem my health. Life's too short to procrastinate on something so important.